Recently I bought the book Daily Coding Problem. I bought it because: 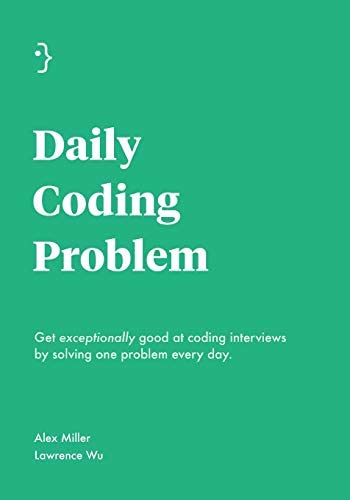 The problems and solutions in the book reminded me of my own interviewing experiences, as a candidate: I get nervous in interview situations and don't do well on coding interviews. Doctors call this the white coat effect:

In other words, the measurement ("how well can this person program") result is below the actual truth. Let's look at an example:

Given an array of numbers, find the maximum sum of any contiguous subarray of the array.

I think any candidate for a programming job can be expected to code up the $ O(n^3) $ brute force solution, but I'm not sure I would figure out the more efficient $ O(n) $ solution known as Kadane's algorithm, with my blood pressure at 160-170, instead of my normal 135, in 3-5 minutes flat:

So as a hiring manager, I think a lot about how to make hiring loops less painful and more fair. It occured to me that potentially a better interviewing approach would be to:

The example above is not a good example, because Kadane's algorithm, once written down, is so simple, it's hard to "tell it" without effectively giving the candidate the solution itself. A better example is:

Implementing the algorithm is still not trivial in an interview setting:

This seems like a better interviewing approach, because in a work setting, thinking up tricky solutions in 3-5 minutes is not a requirement. Usually, there are days or weeks for that. But implementing an idea, once the idea is there, should be straightforward for a good programmer.