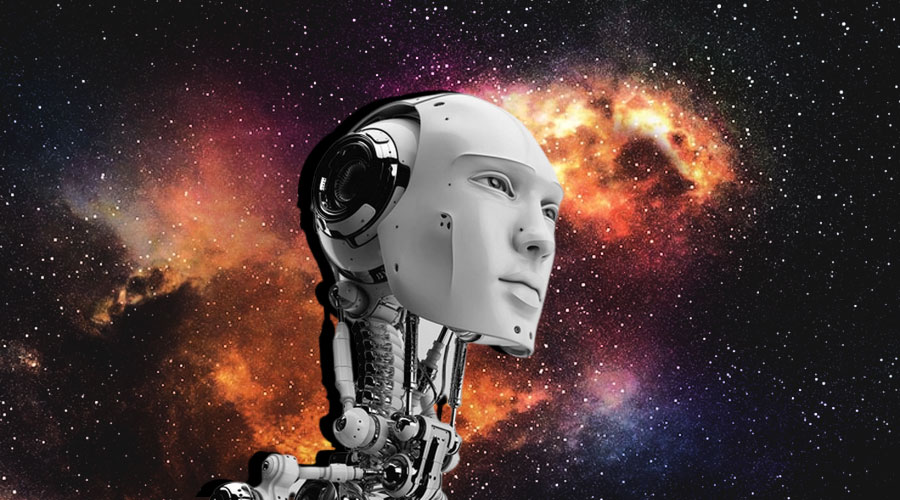 Here I will show a "conversation" with GPT-3 to gauge how good an astrophysicist — or an illusion of an astrophysicist — it is. Mostly these are questions one might ask a student in an exam situation. The questions are independent of one another, so they work with a context-free system such as GPT-3. By context-free I mean that GPT-3 does not maintain conversation state, each question and answer are indepedent from the AI's perspective.

Q: In cosmology, what is the experimental evidence for the non-zero value of the cosmological constant lambda?

Comment: this is a good answer, but not great. The first and the fourth point are the same. Also, there were prior observations to 1998, although with higher error margins, going back all the way to Hubble. Regarding the last point, it's not clear what the sentence is implying; in itself a flat Universe does not require non-zero lambda.

Q: In cosmology, what is the difference between a flat, open and closed cosmology?

Q: In cosmology, what is the difference between a flat, spherical and hyperbolic universe?

Comment: this is mostly a good answer, the geometric explanation is spot-on. I don't like the first sentence, although it is often said like this "... average density makes the Universe flat ...". The global topology of the Universe is what it is, it's one of the three, it cannot change (as the average density changes). Eg. if the Universe started out globally flat (or spherical), then it always remains globally flat (or spherical), it cannot go from one to the other. Local curvature of course can change in the presence of matter...

Q: In cosmology, is it possible to have globally spherical Universe that is expanding forever?

A: Yes, it is possible to have a globally spherical Universe that is expanding forever. This type of Universe is known as a "closed" or "bounded" Universe. In a closed Universe, gravity eventually stops the expansion, and the Universe begins to contract until it reaches a maximum size and then expands again. This cycle of expansion and contraction is known as the "Big Bounce" model.

Comment: this is a confused answer. In the first sentence it says it is possible, but then itr says that eventually expansion stops. Per my understanding, in a globally spherical (closed) Universe, you can get infinite expansion if you introduce a large enough cosmological constant Λ (just as in the flat case). Let's ask a follow-up question...

Q: In cosmology, is it possible to have globally flat Universe that is expanding forever?

A: Yes, it is possible to have a globally flat Universe that is expanding forever. This is known as a "flat Lambda-CDM universe" and is the most widely accepted model of the universe. It is based on the assumption that the universe is spatially flat (i.e. it has zero curvature), and that its expansion is driven by a cosmological constant (Lambda) and cold dark matter (CDM). This model predicts that the universe will expand forever, but the rate of expansion will gradually slow down.

Comment: great answer, since this is standard Wikipedia-level knowledge. Now, let's get back to probing it with curvature questions...

Q: In cosmology, what is difference between global and local curvature? Are the two always the same?

Q: In cosmology, can a Universe jump between flat, spherical and hyperbolic global curvatures as matter density changes?

Q: In cosmology, does the global curvature of the Universe ever change?

A: No, the global curvature of the Universe is assumed to be constant and does not change over time.

Let's ask some questions about the initial singularity in the Big Bang model:

Q: In cosmology, assuming the Universe is flat and infinite, in what sense was there a singularity at zero time. How does an infinite flat Universe become infinitely small?

Q: In cosmology, can a periodically infinite flat Universe be isotropic?

A: Yes, a periodically infinite flat Universe can be isotropic. This means that the Universe has the same properties in all directions, and so the physical laws that govern it are the same no matter which direction an object is travelling.

Comment: it can be locally isotropic, but not globally. Let's explore this further...

Q: In cosmology, what is the difference between local isotropy and global isotropy?

Q: In cosmology, is a periodic flat Universe, ie. picture a large box with the sides connected, globally isotropic?

Comment: this is correct. Imagining a box, with infinite copies of it placed in a grid closely touching, the x, y and z directions of the box are special, because an astronaut can get back to her homeworld in less time then traveling in any other direction.

Q: In cosmology, how would you explain Baryon Acoustic Oscillations to a layperson?

A: Baryon Acoustic Oscillations are a type of pattern in the universe that are caused by sound waves traveling through the early universe. They can be seen in the distribution of galaxies in the sky today, which appear to be slightly lumpy, like ripples in a pond. The sound waves that caused these patterns were created shortly after the Big Bang, and allow us to study the universe's beginnings.

Comment: this is a good answer, as are the following in this section.

Q: In cosmology, what is the role of clustering and Baryon Acoustic Oscillations in determining cosmological parameters?

Q: In cosmology, what is acoustic about Baryon Acoustic Oscillations?

A: Baryon Acoustic Oscillations (BAO) are a phenomenon in cosmology where the distribution of matter in the universe is characterized by a series of peaks and valleys. This pattern is caused by sound waves traveling through the primordial plasma of the early universe. These sound waves created regions of higher and lower density, which eventually became galaxies, clusters of galaxies, and other large-scale structure in the universe. The BAO signature is a powerful tool for measuring the expansion of the universe and constraining cosmological parameters.

Q: In cosmology, how are Baryon Acoustic Oscillations measured?

Q: In cosmology, what is the role of clustering and Baryon Acoustic Oscillations in determining cosmological parameters? What is the additional accuracy gained vs just looking at Planck CMB data?

A: Clustering and Baryon Acoustic Oscillations (BAO) are powerful methods used to measure cosmological parameters. Clustering refers to the spatial patterns of galaxies and other matter in the universe, and BAO refer to the ripples in the density of matter that were created by sound waves in the early universe. By measuring these features, it is possible to obtain precise information about the evolution of the universe.

Clustering and BAO provide an additional level of accuracy compared to Planck CMB data, because they measure different aspects of the universe. Planck CMB data measures the Cosmic Microwave Background radiation, which is a snapshot of the universe at a very early stage, whereas clustering and BAO measure the spatial patterns of galaxies and other matter in the universe at a much later stage. This additional information allows us to determine cosmological parameters with more accuracy.

Overall, most of the GPT-3 answers are okay, which is very impressive. On some of the trickier questions, the answer is a bit confused. This is the overall danger of GPT-3: if the reader is not an expert, s/he can't tell if they're getting a good answer (in this case, about half the time) or reasonable sounding non-sense.