This is a post exploring the distribution of digits of random and non-random numbers:

This just confirms that the code used to generate random numbers is bug-free:

Now, the digits of these numbers. To get the digits, I will just use str(i), like: 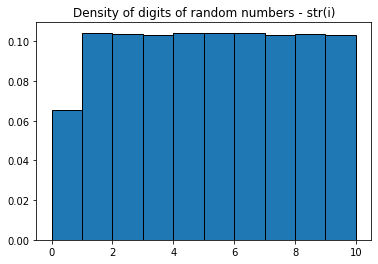 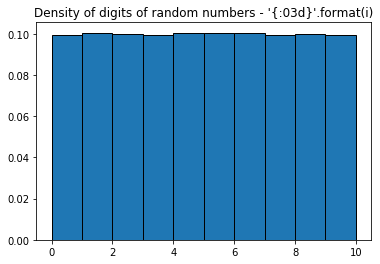 Let's leave random numbers behind, and look at amounts from real-world receipts from Dubai. Similarly as above, I cut off numbers at 1000. First, let's look at the distribution:

Next, let's look at the distribution of digits, with amounts formatted like 4.90, with 2 decimals, without leading 0s: 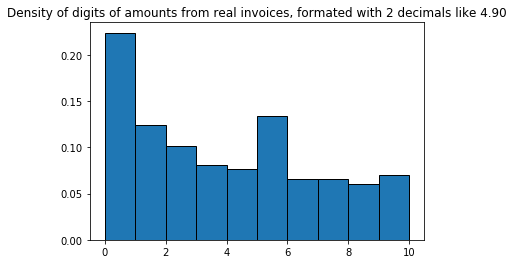 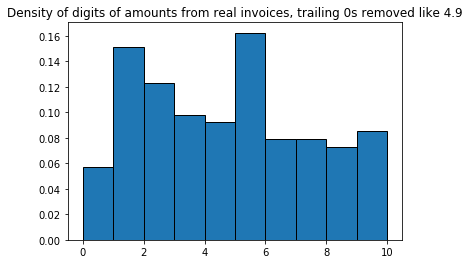 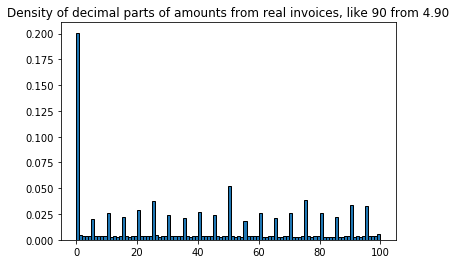 Finally, the density of digits of the decimal parts, confirming that 5 is the most likely non-zero digit: 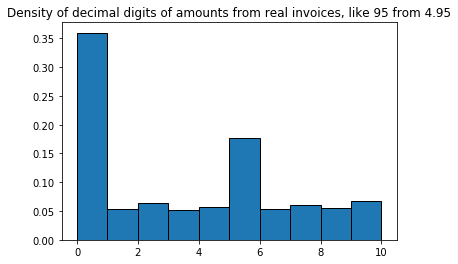 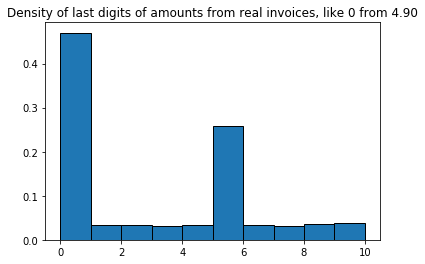 Benford's law, also called the Newcomb–Benford law, the law of anomalous numbers, or the first-digit law, is an observation about the frequency distribution of leading digits in many real-life sets of numerical data... It has been shown that this result applies to a wide variety of data sets, including electricity bills, street addresses, stock prices, house prices, population numbers, death rates, lengths of rivers, and physical and mathematical constants. A set of numbers is said to satisfy Benford's law if the leading digit d occurs with probability:

Plotting the distribution of first digits of our amounts, with Benford's law: 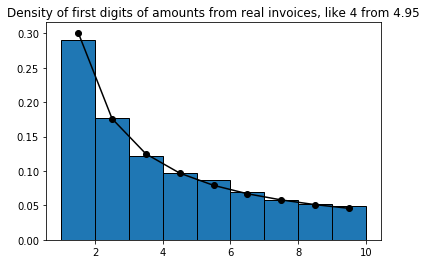 Note that first digits from uniform random numbers did not follow Benford's law, but our "real" numbers do. Interestingly, the same distributions also hold for the total amounts from receipts.

Digits from uniform random numbers follow a truncated-uniform distribution, depending on the formatting and upper bound. Digits from real sources like receipts and zip codes follow some artificial pattern that depends on the source, for example here the amounts tend to be multiples of 5s. Benford's law hold holds for 1st digits of "real" numbers.