When we perform an A/B test, we split the population in a fixed way, let's say 50-50. We then put an N number of users through the different A and B funnels: for each user, we flip a coin to decide whether they get A or B. We then measure the outcome metric for the A and B population of users, let's say conversion. We then compare the outcome metric to tell whether A or B is better. We use statistical hypothesis testing, let's say Fisher's exact test, to see whether the difference is statistically significant.

Suppose the A/B test is performed to compare different versions of signup funnels for paid licenses, so there is revenue involved. In this case, a business minded person could ask: "If B is generating more revenue than A, could we have sent less users into A and more into B, to maximize our revenue, even while the test is running?"

This is what Multi-armed bandit algorithms are for. Per Wikipedia:

In probability theory, the multi-armed bandit problem is a problem in which a fixed limited set of resources must be allocated between competing (alternative) choices in a way that maximizes their expected gain, when each choice's properties are only partially known at the time of allocation, and may become better understood as time passes or by allocating resources to the choice. This is a classic reinforcement learning problem that exemplifies the exploration–exploitation tradeoff dilemma.

In a Multi-armed bandit (MAB) approach, instead of having a fixed split of users between A and B, we make this decision based on how A and B have performed so far. MAB approaches attempt to strike a balance between exploitation (putting users into the better funnel, based on what we've seen so far) and exploration (collecting more data about funnels which have seen less users so far). In general, MAB algorithms will favor funnels which have performed better so far.

The high-level goal of MAB algorithms is to minimize regret: in this example, the additional amount of money we could have made if we put all users into the funnel that actually performs better. Here I will show three MAB algorithms: Epsilon-greedy, UCB1 and Thompson sampling.

This is just regular A/B testing. It simulates N users, and each users goes into the funnels according to traffic_split:

We set up our experiment such that funnel A has 5% conversion, while funnel B has 6% conversion, so funnel B is better. In the context of MABs, we'd like funnel B to be chosen more often than funnel A, but we'd also like to be able to call a winner at the end decisively (with statistical significance).

The function simulate_abtest_many() is a helper function which calls the passed in experimental function (in this case, simulate_abtest_fixed()) exactly num_sumulations times, and collects statistics:

The code for simulate_abtest_many() is:

Running this with a fixed split A/B test: 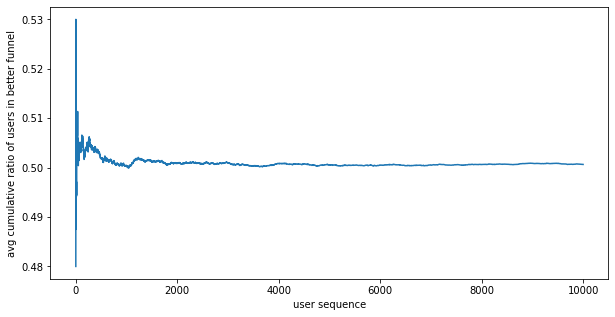 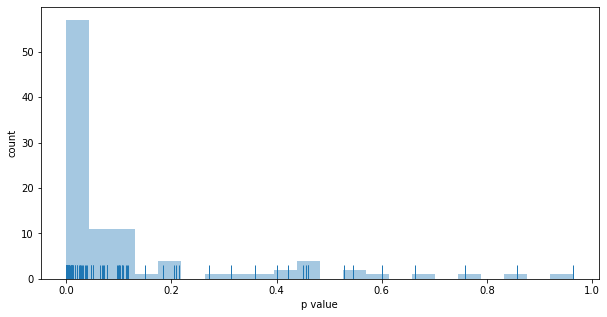 Epsilon-greedy is the simplest MAB algorithm. There is a fixed epsilon parameter, say 10%. For each incoming user, with 10% probability we randomly put the user into A or B, and with 90% probability we put them in the funnel that has performed better so far. So we explicitly control the trade-off between explore (10%) and exploit (90%). Implementation is straightforward: 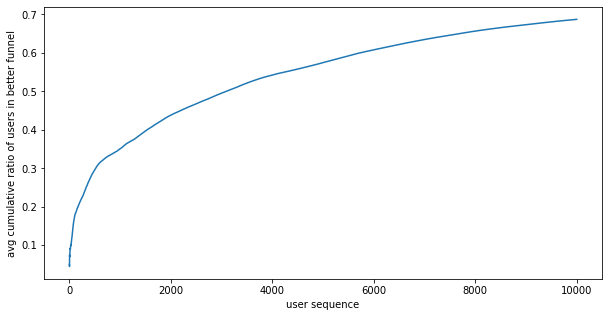 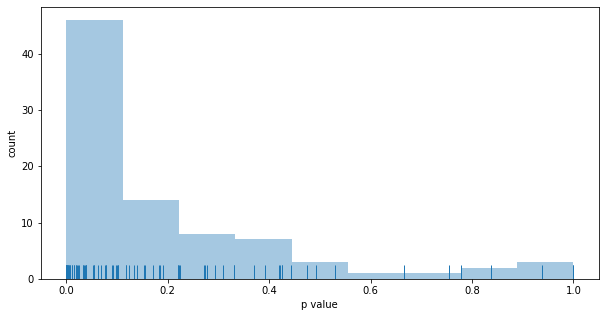 UCB stands for Upper Confidence Bound. It's an algorithm that achieves regret that grows only logarithmically with the number of actions taken. For more details, see these lectures slides. The key point is that

Without going into the details, UCB1 achieves a good trade-off between exploration and exploitation. Implementation: 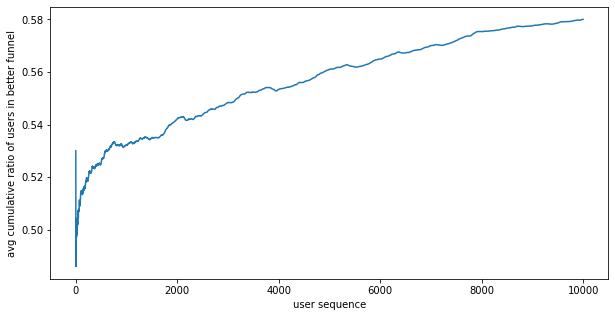 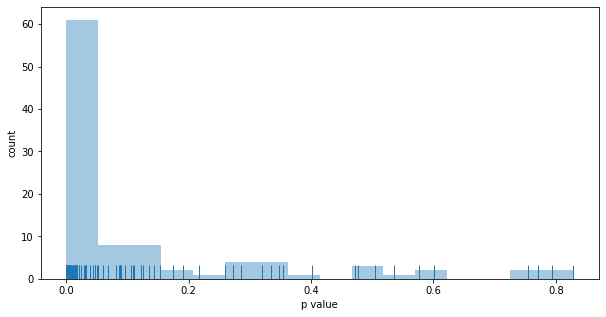 Thompson sampling is easy to understand if you understand how Bayesian A/B tests work and what the Beta() distribution is. The idea is simple:

The implementation is straightforward: 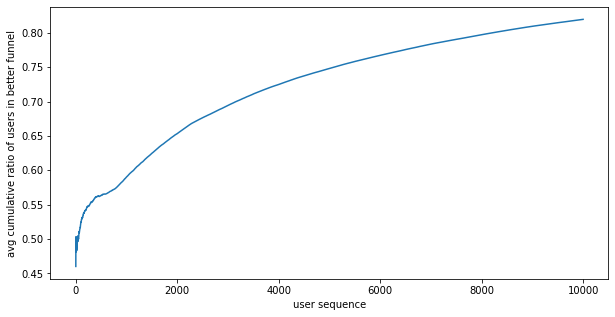 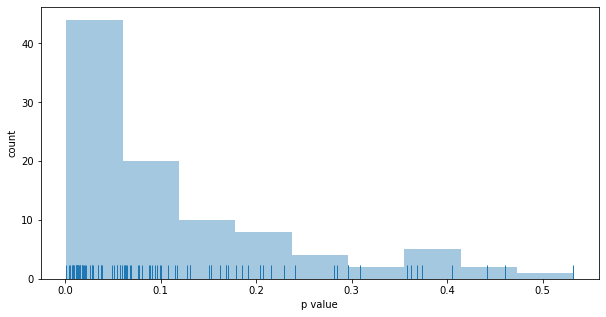 There is no free lunch. Statistical significance is a function of the funnel with the lowest number of samples, so diverting traffic from an even split yields lower significance. Different Multi-armed bandits strike a different trade-off in the space of:

Another aspect to consider is that Multi-armed bandits are harder to debug and understand in production. With fixed A/B testing, at any time it's possible to compare counts from exposure logs to the experiment's configuration to see if metrics are as expected. With MAB this is more involved, because we have to compare exposure log and conversion counts to the expected MAB algorithm's behaviour given the current performance. The upside is less regret (higher overall conversion).