In the previous blog post A/B testing and Multi-armed bandits I compared fixed-split A/B testing, Epsilon-greedy, UCB1 and Thompson sampling. We saw that MABs offer an interesting alternative to fixed-split A/B testing, being in a different region of the exploration-exploitation space. We saw that with MABs, the price we pay for less regret at the end of the experiment is less statistical significance: in a balanced 50-50 fixed-split A/B test, A and B get an equal number of hits, irrespective of how they have performed so far, while MABs will favor the variant that has performed better. However, because of the imbalance, the final result will be less decisive (higher p-value), so we will be less sure that we actually found the better funnel.

In this post, I will explore what happens if A and B are actually the same; so neither A and B are really better than the other. In such cases, we ideally want the A/B test to not "go off" and call a winner (a false positive). In frequentist hypothesis testing, we control this with the $\alpha=p_{crit}$ parameter, which we set to 0.05 here. As a reminder of statistical hypothesis testing, see the earlier post A/B testing and the Z-test.

I will use Monte Carlo simulations to compare the above 4 methods, with both A and B converting at 5%. I am curious about two outcome metrics:

The Monte Carlo code, which computes the above metrics:

The code for the methods is unchanged, so I won't repeat it. I will simulate funnels converting at 5%, with N=10,000 samples, and run the experiments 1,000 times to get statistics. The driver code (for the fixed case):

First, the results from the last post, when B was better than A:

The results for this post, when both A and B are the same: 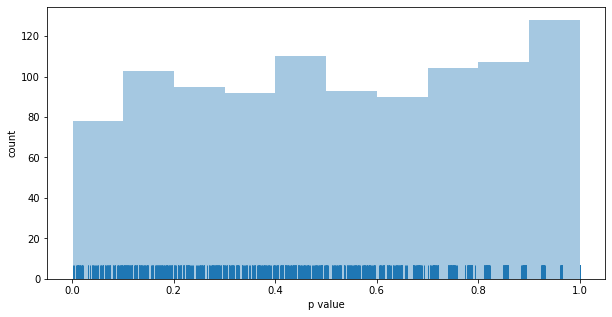 Distribution of p values for the epsilon-greedy MAB: 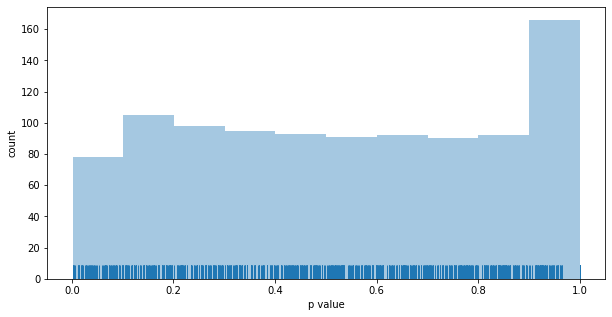 Distribution of p values for the UCB1 MAB: 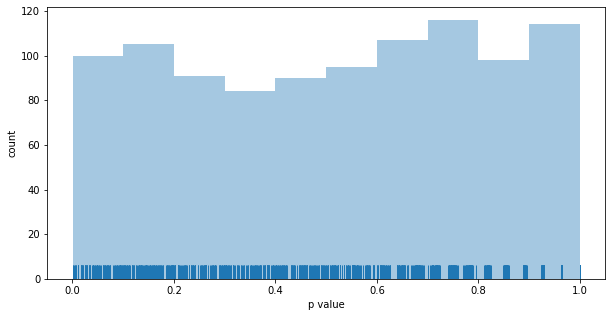 Distribution of p values for the Thompson MAB: 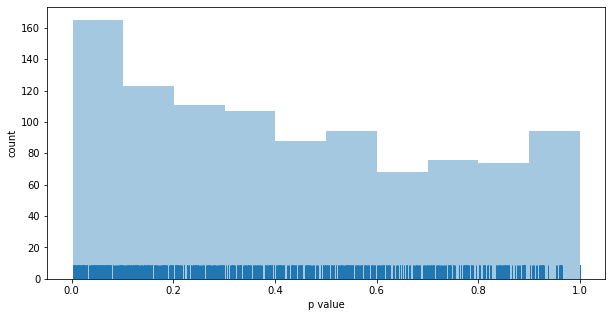