The experiment setup is almost entirely the same as in the last post. The only difference is in the get_AB_samples() and get_AB_samples_nocorr() functions, since these now have to generate 0/1 conversion data. The jupyter notebook for this post is up on Github.

The approach is to assume a base conversion before_p, say 10%. For each user, do a random 0/1 draw with this probability. This "before" outcome is either 0 or 1. Then, generate the "after" data:

This is just one possible scheme, but it results in "before" and "after" data being correlated. In code:

We can validate by computing conditional probabilities:

The driver code is, apart from parametrization, the same as before:

In this particular run, CUPED did a better job approximating the lift with a lower p-value. However, as we saw before, this is not always the case. Although on average CUPED is a better estimator with lower variance, there are experiment runs where CUPED makes the lift measurement worse. For example, after a few re-runs:

Next, it's interesting to print out the CUPED-transformed variables:

As with continuous variables, CUPED measures the same lift [in conversion], but with lower variance:

We can observe the tighter lifts on a histogram: 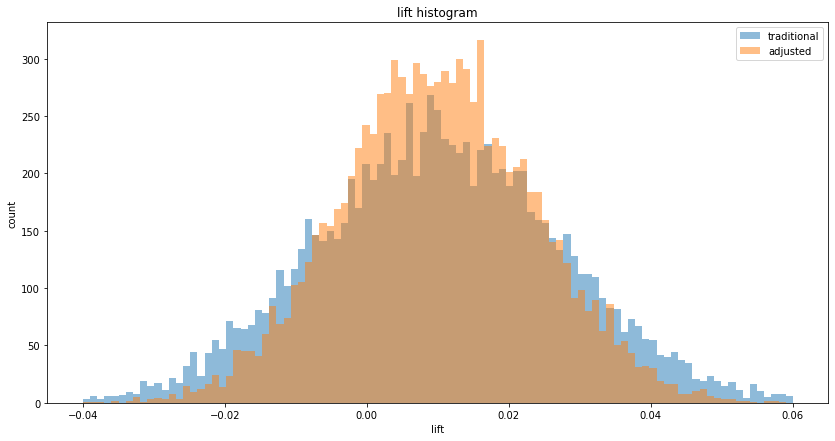 As with continuous variables, the p-values decrease: 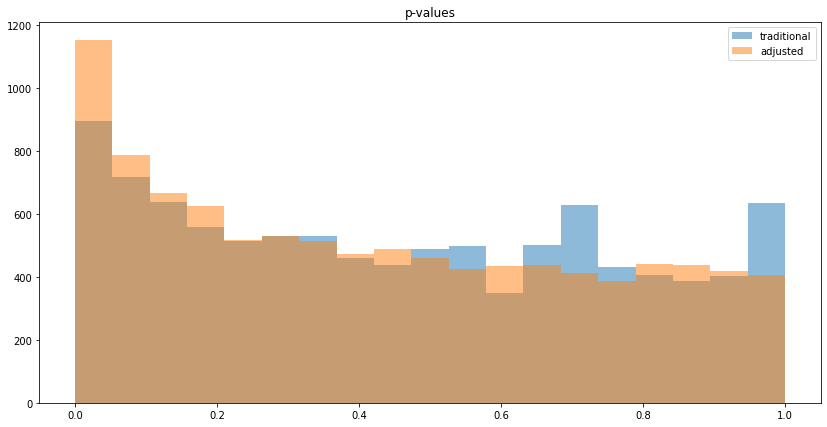 As illustrated above, CUPED lifts and p-values are a better estimate with respect to variance, but not in all cases: 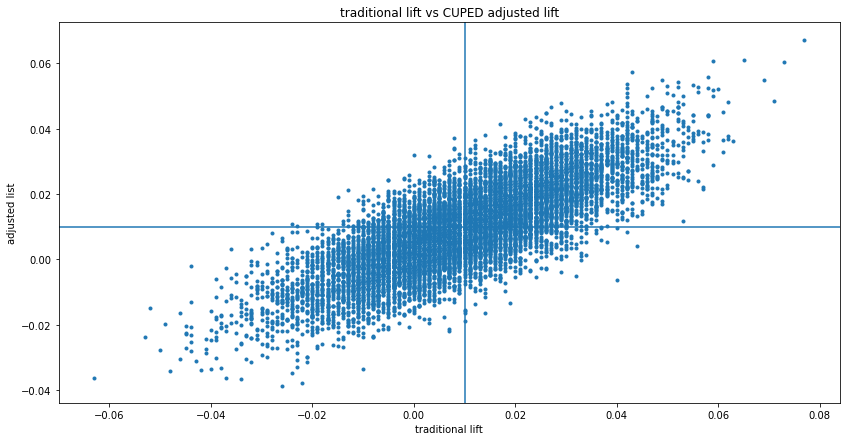 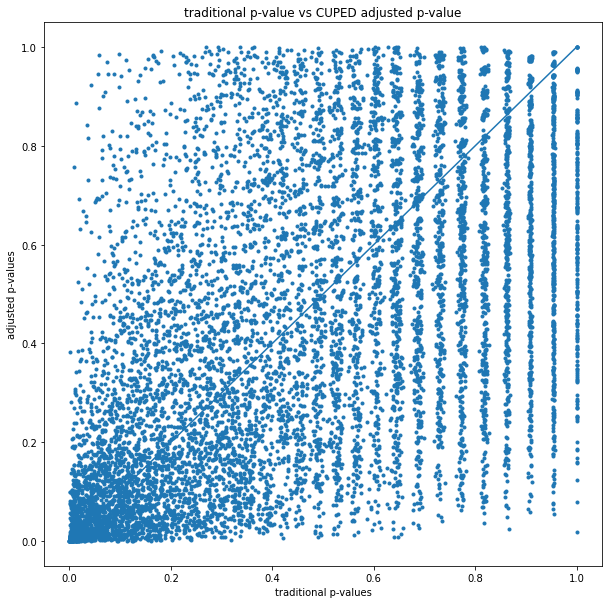 The simplest way to generate uncorrelated conversion data is to use random draws independently. In code:

With this generator function, running num_experiments=10,000, we can observe no variance reduction (since "before" and "after" is uncorrelated) on the lift and p-value histograms: 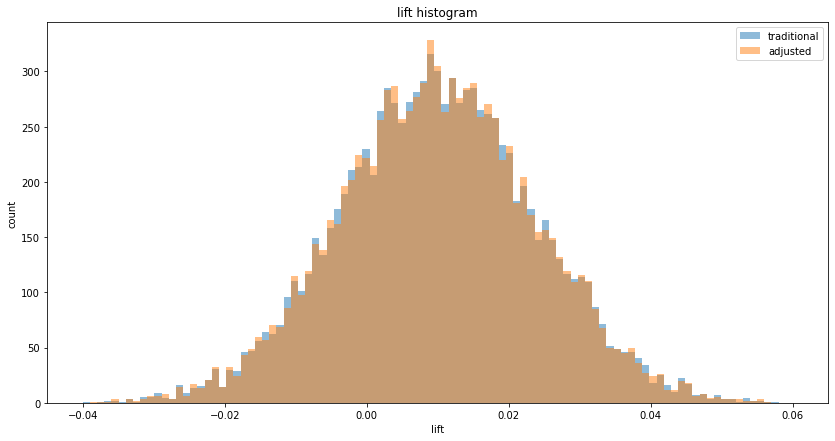 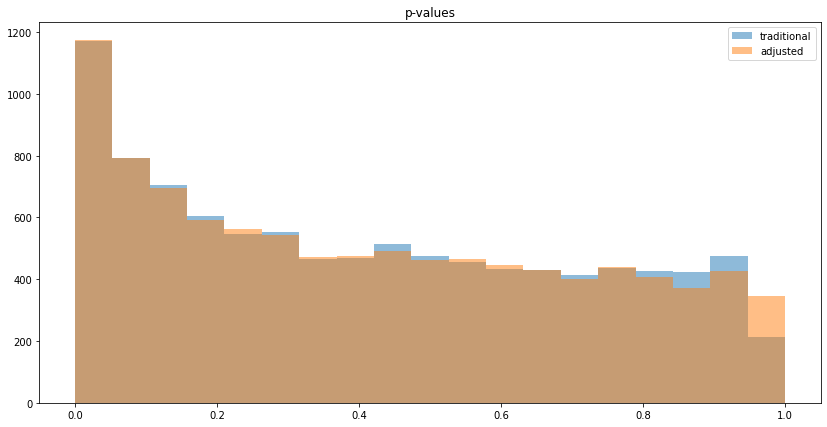 CUPED works for both continuous and binary experimentation outcomes, and reduces variance if "before" and "after" are correlated.